Robotic vacuum cleaners make life easier by keeping floors cleaner with less human effort and time. Although these robots (in their present form) do not entirely replace traditional vacuum cleaners, having one greatly reduces the frequency and intensity of cleaning to be done with your traditional vacuum. These robots are especially handy for pet owners who need to clean their houses daily for shed pet hair. These robots efficiently pick up almost all the pet hair in the house, leaving relatively little work for you! A robotic vacuum is definitely a worthwhile investment.

Most of these robots are circular in shape, with an average diameter of about 13 inches and a height of 3 to 4 inches. 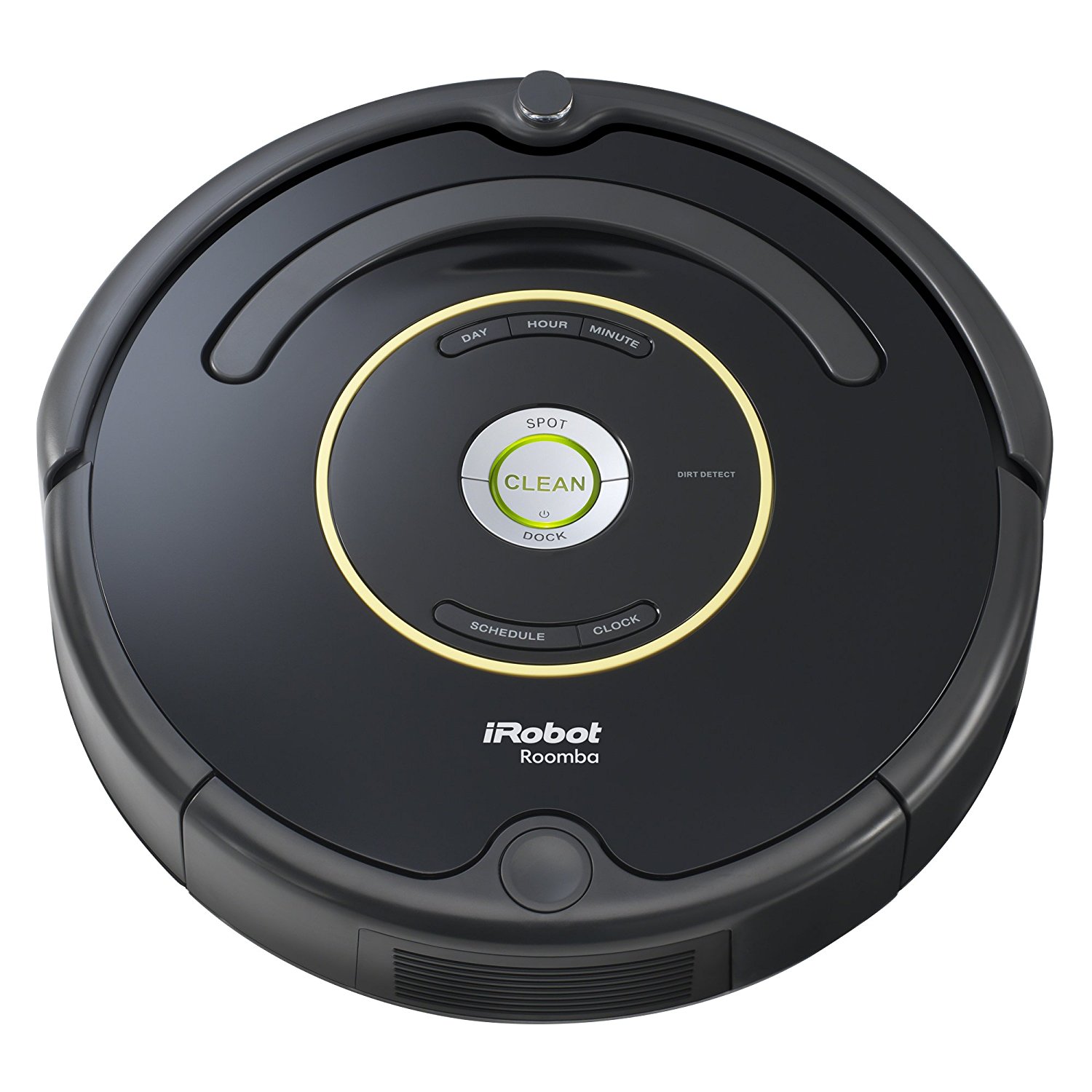 There are also D-shaped models with the suction nozzle in the straight segment, which allows for better cleaning in corners where round models can’t reach. 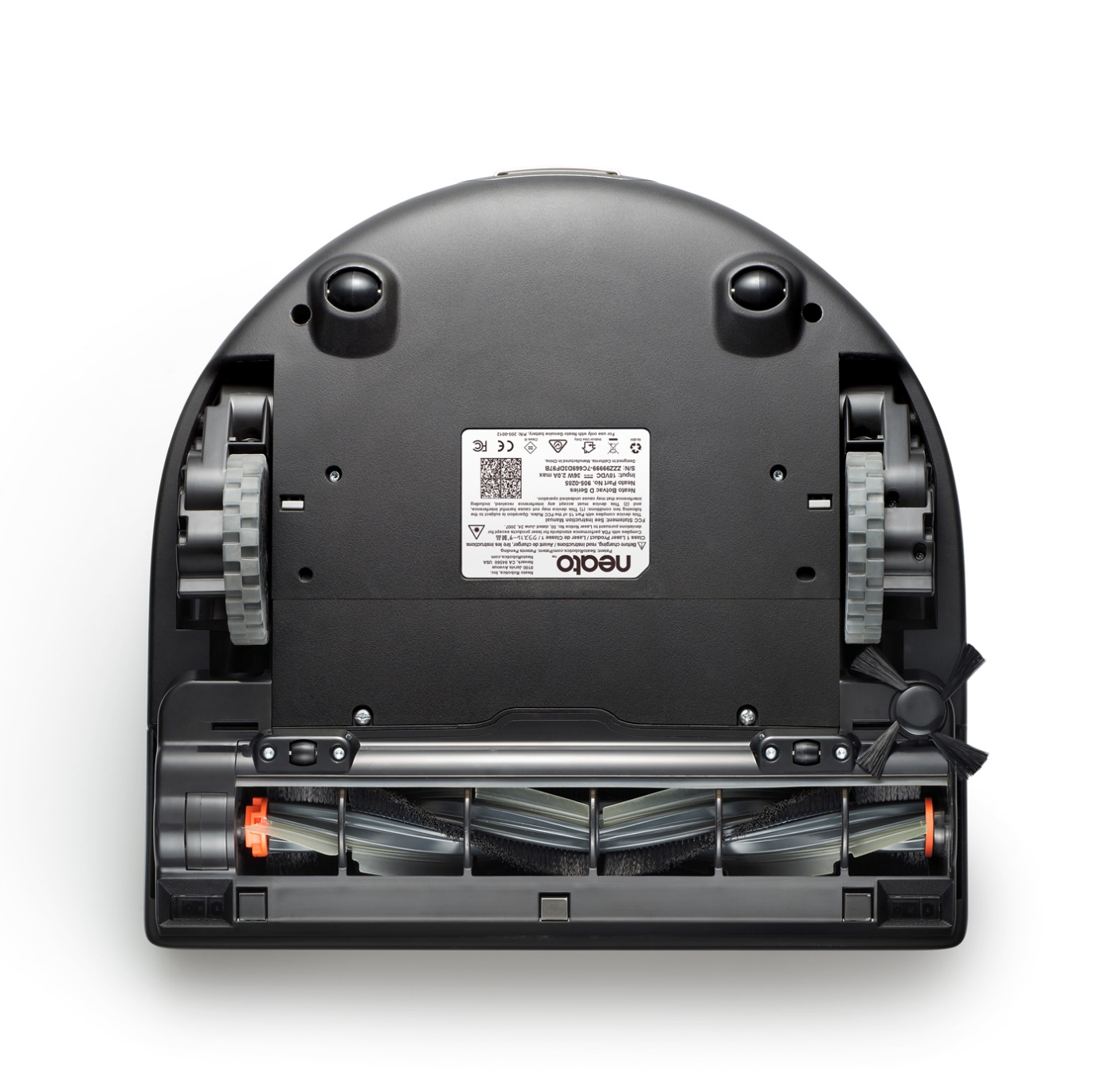 On top of the robots are their control panels with a number of buttons, each for a specific function. Some models also feature an LCD panel that gives immediate interactive feedback whenever one sets the vacuum to perform a particular function.

The circular edges of these vacuums are normally covered with soft, shock-absorbing materials cushioning the robot from scratches and dents. Beneath each robot are, typically two, big wheels that the robot uses to move and change direction and one or two small wheels for support. Most models also have rolling brushes on their lower sides as well side brushes, which protrude outwards but attach to the bottom. 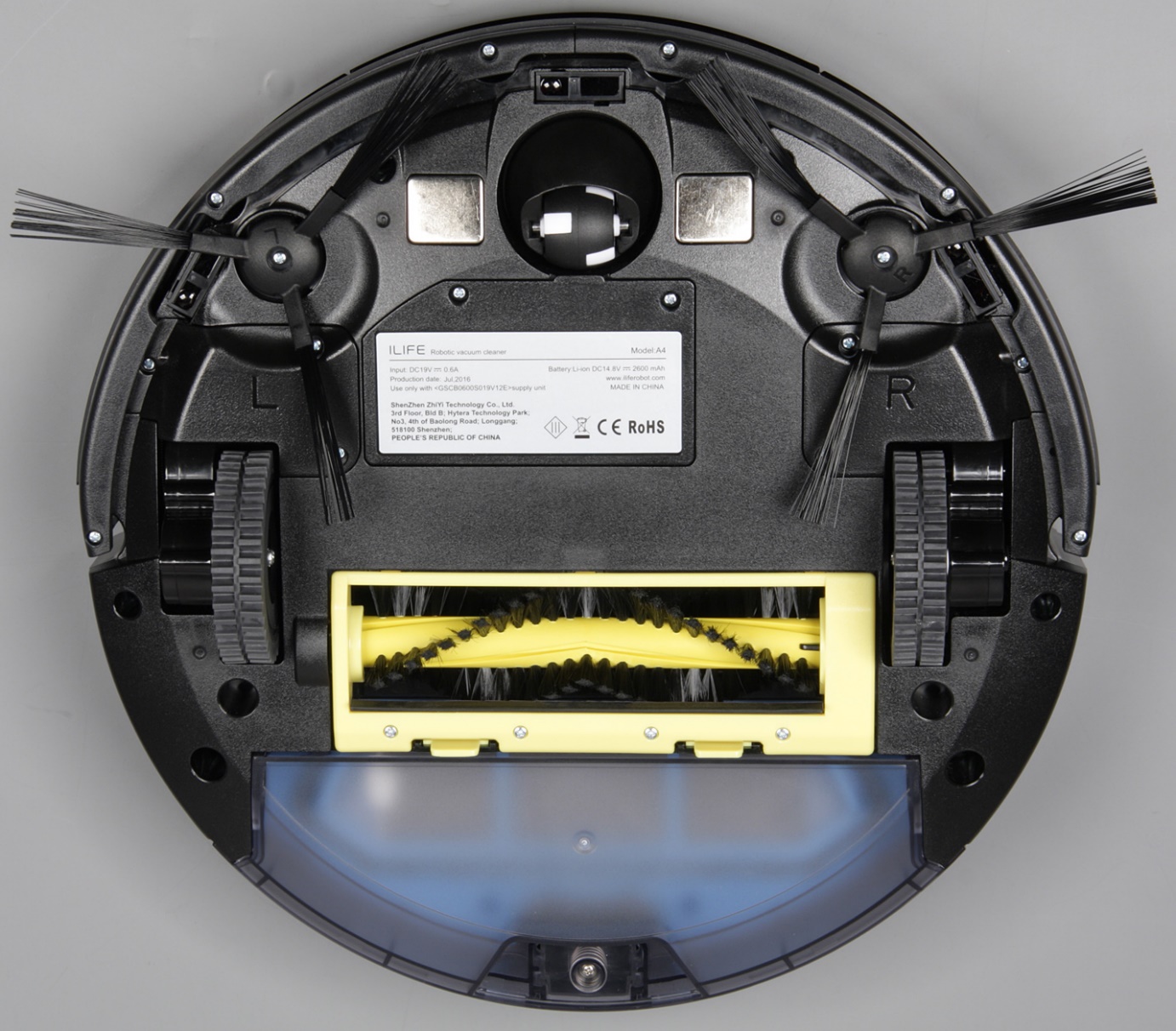 Slim models are about three inches in height, so they easily get under furniture and beds to clean hard-to-reach areas. Typically, these models have smaller drive wheels and less power than taller ones. Small wheels make transitions from hard floor to carpets challenging and it’s not rare for a robot to get stuck trying to climb onto carpet.

Taller models can be up to 5.5 inches high, which makes it impossible to get under most beds to clean. On the plus side, they usually have larger drive wheels and more power. Larger wheels enable them to move easily over carpets, rugs, and thresholds. 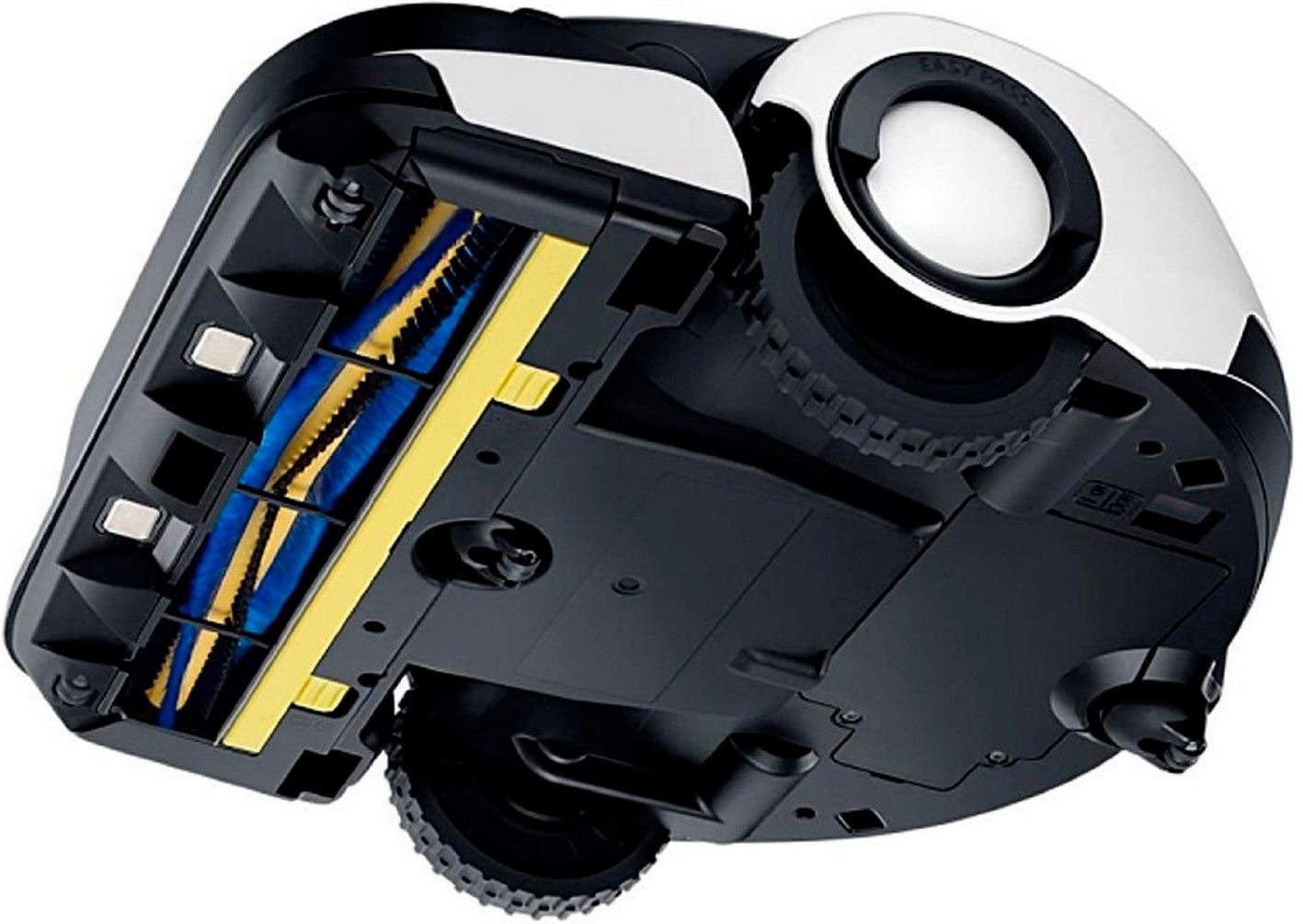 There are even models with tank tracks instead of wheels for the best maneuverability.

Robotic vacuums use two big wheels to move around the floor. The bigger the wheels the easier the robot will go from the hard floor to a carpet. High carpets and rugs or thresholds can be a problem for some models. Information from various sensors helps the robot to navigate in the room and the vacuuming part acts pretty much as in traditional vacuums.

Generally, robotic vacuums aren’t as powerful as conventional corded vacuums. Thus, they do not clean as thoroughly as corded vacuums, especially on carpets, therefore, it is necessary to clean thoroughly using a more powerful vacuum from time to time.

Robotic vacuums also often face a challenge navigating tight spaces, such as under or between furniture and they can get stuck. Their charging docks need to be placed in open spaces so that the robot can find them easily.

Robotic vacuums use roller brushes to agitate and sweep dirt off the floor. The brushes emerge beneath the robot and roll / rotate as the robot moves, agitating and sweeping dirt towards the vacuum to be sucked up into the bin.

Side brushes, on the other hand, attach beneath the robot but protrude to the sides. They rotate parallel to the floor sweeping dirt towards the vacuum path of the robot. These brushes help clean the edges of the floor and wall, which are hard to reach using roller brushes.

Unlike corded vacuums, which require plugging into a power source for operation, robotic vacuums are equipped with a Ni-MH or Li-ion rechargeable battery. Li-ion batteries are normally more powerful and can provide either more power for vacuuming or more operation time. Typically, a robotic vacuum can run 1-2 hours on a full charge and requires 3-4 hours to fully charge the battery.

This is where a robot recharges and should remain when not in use. The auto-return to dock feature allows the vacuums to automatically return to dock and recharge when the battery runs low. 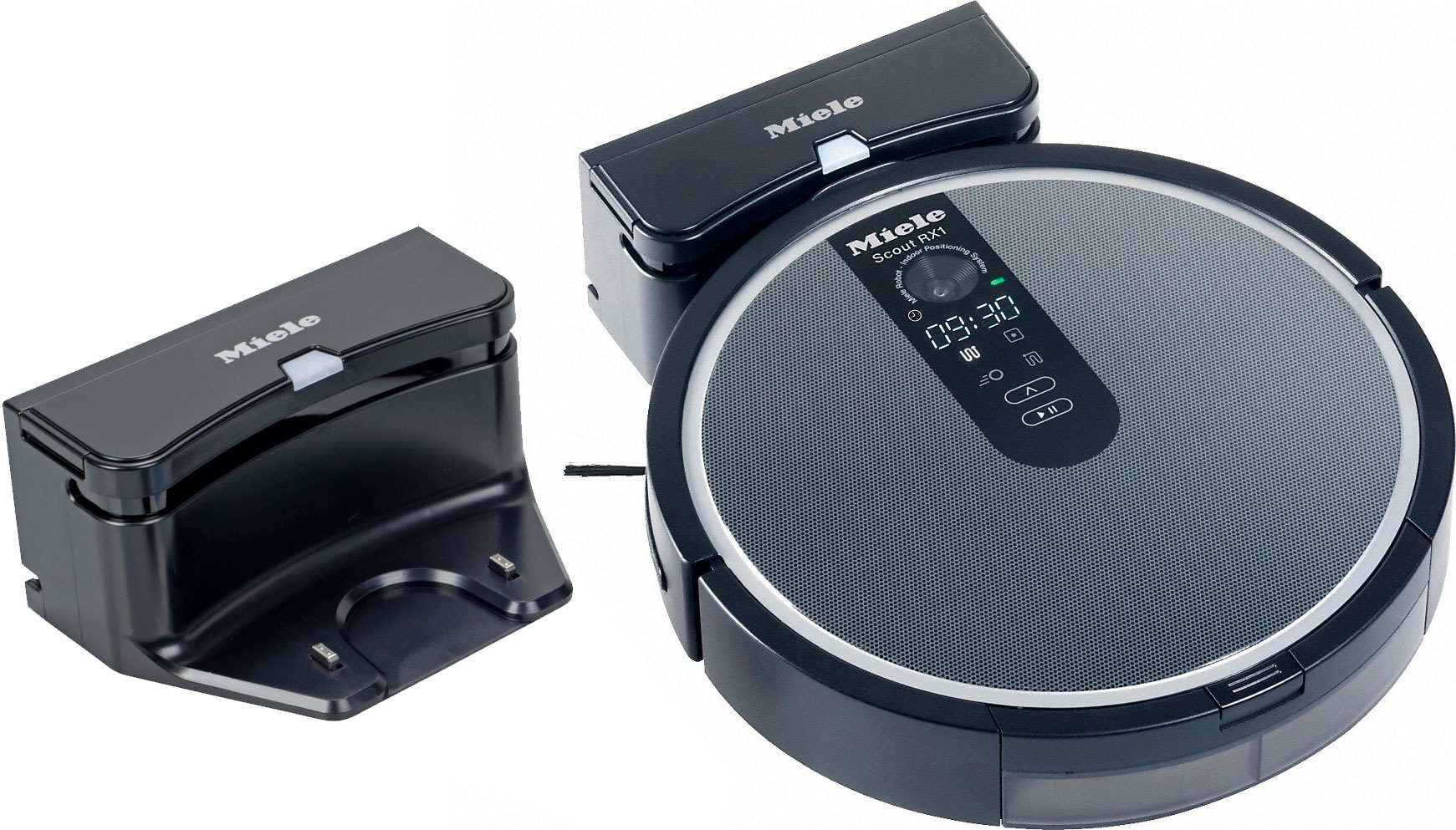 Charging docks should be placed in open areas where robots can easily locate them and easily return to dock without facing any obstacles. Some robots come with ‘virtual walls’ – small devices that emit infrared light to mark off a no-go area for the robot. You can use them to cordon off a particular section of the floor or to prevent the robot from straying to a room that does not require cleaning.

Another option to restrict the vacuum from getting into certain areas are special magnetic strips that can be laid on the floor. The robot recognizes the strips and avoids the area. Robotic vacuums are equipped with various sensors for the purposes of navigation and finding dirt.

These include a variety of sensors mostly placed on the undersides of robots. Cliff sensors detect a sudden drop in gradient and hence stop the robot from falling off “cliffs,” such as down a staircase or off the edge of a raised floor.

Some cliff sensors that use reflected light can mistreat black floor as stairs and get stuck because the black surface reflects no light and therefore appear as open air to the sensor.

Proximity sensors measure the distances to obstacles around the robot. Vacuums use them to avoid collisions or to follow the wall in edge cleaning mode (they can be called wall sensors in such a case).

Ultrasonic proximity sensors use reflected ultrasonic waves to detect the presence or absence of obstacles in the direction to which the sensor emits its sound. To detect obstacles effectively, there should be several of them targeting different directions.

Infrared sensors act similarly to ultrasound sensors but using infrared radiation. They also serve in these vacuums to detect signals emitted from beacons and thus help the robot navigate to its charging dock or detect a virtual wall to avoid a particular area.

Laser Distance Sensors (LDS) are much more accurate than others and are used in LIDAR (light radar). They nearly give robots sight. Usually they are housed circular domes on top of vacuums where they can spin to sweep all directions. 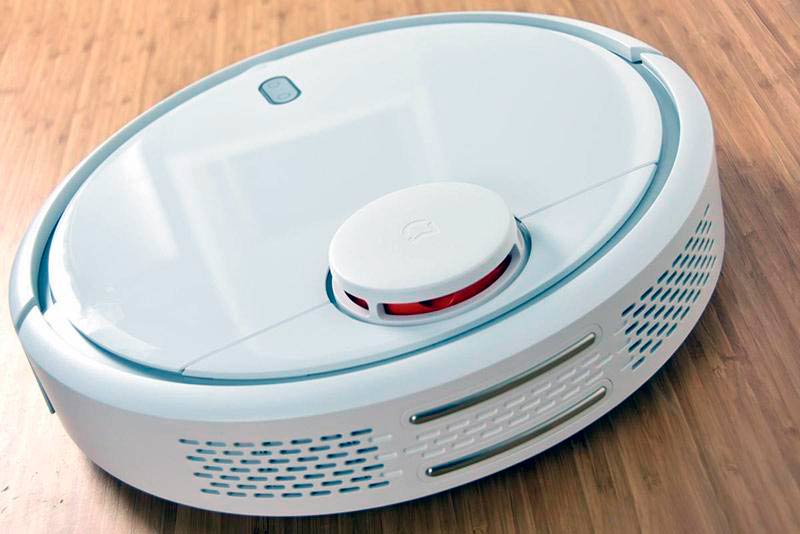 Such a robot works a lot like a Google self-driving car. Spinning around multiple times per second, its laser sweeps every direction and its light reflects back into a sensor, providing 360-degree vision. This allows the robot to map your house.

Another possibility for mapping a room is a camera.

Cameras can be aimed upward to image the ceiling and upper edges of the walls. This way, robots can get information about the sizes and shapes of rooms. However, such a robot still has to use other proximity sensors to detect obstacles on the floor such as furniture, because it can only “see” what’s above it. Otherwise, a camera can be pointed at the horizon and “see” what’s in front of the robot. The information acquired can be used for both mapping and navigating past obstacles. 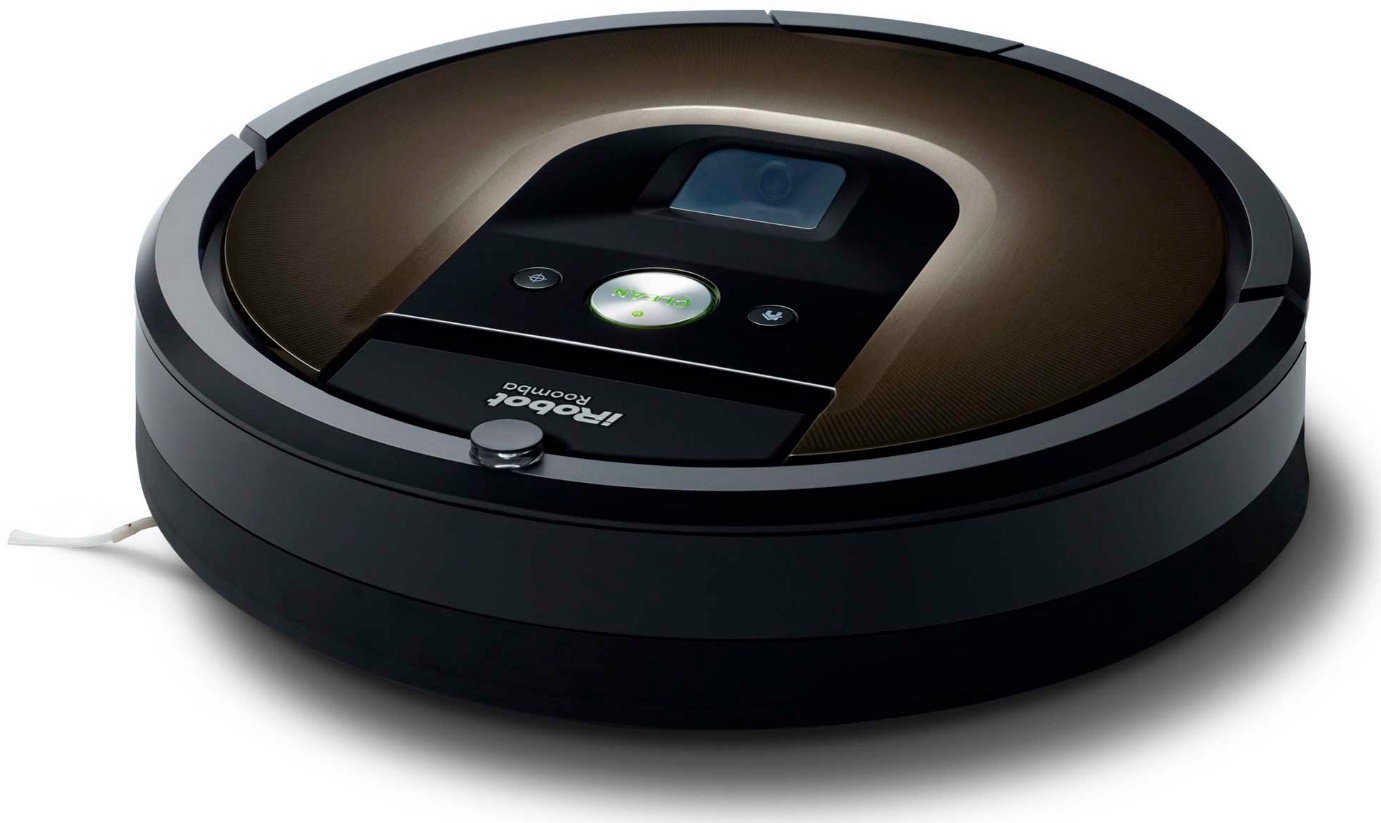 If a robot failed to avoid colliding with an obstacle, its bump sensors tell it so. Bump sensors are on the rim of the robot or on the shock-absorbing materials. Once the robot bumps into some object, such as furniture, it will know to change direction and choose a different path.

Dirt sensors detect dirt on the floor, directing the robot to pick up all the dirt the sensors can “see.”

Some models feature mopping for hard floors. It can be dry mopping – using only a mop cloth in a special holder, or wet – with a water tank that leaks making the mop wet. 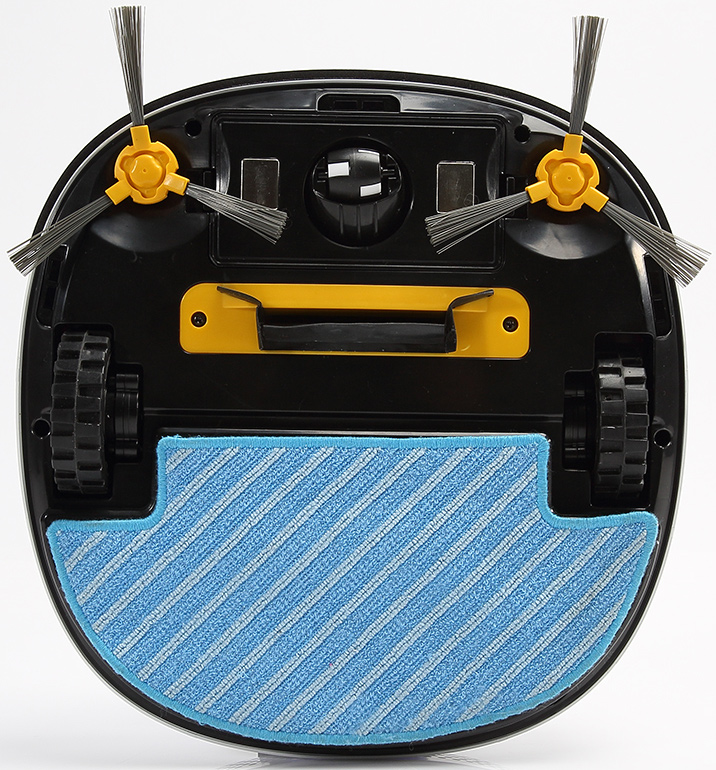 The water tank can be installed in place of the dustbin, hence, the robot can either vacuum or mop, but not both at the same time. Other models, however, have separate places for the dustbin and water tank and can vacuum and mop in a single pass. In most models, the water tank leaks uncontrollably once filled with water, so wet mopping cannot be scheduled and the robot cannot be charged in the dock with water in the tank.

Navigation patterns are how a robotic vacuum steers itself when cleaning, getting around objects, and getting back to the charging dock.

In the simplest case, the robot follows no specific or predictable path while cleaning. Movement is random and the robot will clean along a particular path until it comes too close to an obstacle or hits a bump, then change direction randomly. This is not very efficient as the robot might miss certain spots on the floor while repeatedly cleaning other areas. 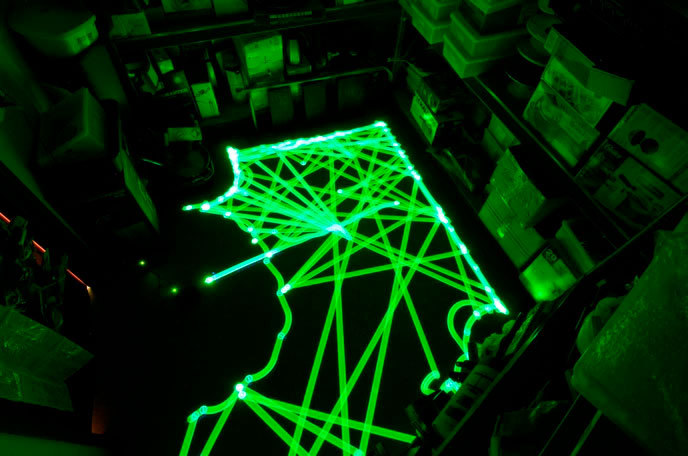 With such poor navigation, robots often get lost, bump into objects, and get stuck under furniture.

In these cases, the robot follows a particular pattern, often a spiral. This is more efficient, covering more of the floor than in random navigation. 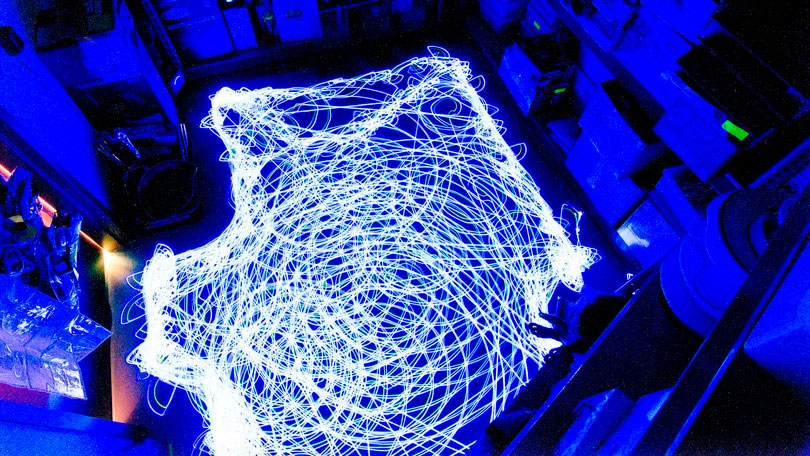 These are the most efficient navigation patterns. Using a camera or LIDAR and a Simultaneous Localization and Mapping (SLAM) algorithm, the robot maps out a room and travels along straight lines where there are no obstacles in its path. 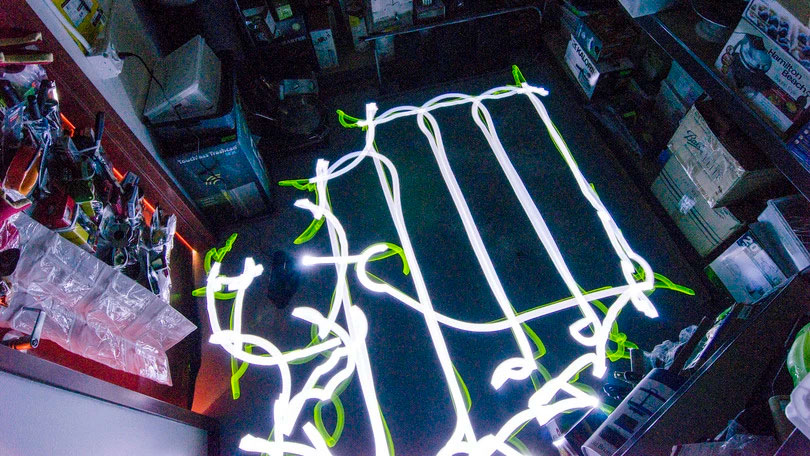 The robot knows where it is and where it’s been. The results are more thorough and efficient cleaning with no dirt spots left behind.

Robots with mapped navigation rarely get stuck or lost and operate most efficiently.

Mapped navigation makes it possible for a robotic vacuum to clean a multi-room apartment and return to the charging dock. Of course, it can’t climb stairs, so it can clean only one level of a house.

Without mapped navigation, a robotic vacuum will certainly get lost by leaving a room and won’t be able to find its way home to the charging dock.

Since a robot with mapped navigation knows what areas of the apartment have been cleaned and what areas need to be, it can go to the charging dock in the middle of the cleaning and then continue its job from the point where the battery ran low.

Without mapped navigation, the robot never knows where it’s cleaned and where it did not and thus can only start from the beginning.

Some models feature cyclonic technology like in traditional vacuums. This helps keep suction on at the same level even when the dustbin is nearly full and therefore makes cleaning more efficient.

Some high-end robotic cleaners feature smartphone apps. With these apps, users can control the robots from the screens of their phones, which can be more convenient than using a remote control. In models with mapped navigation, users can even see maps of their floors and point the robot to certain areas of their apartments. 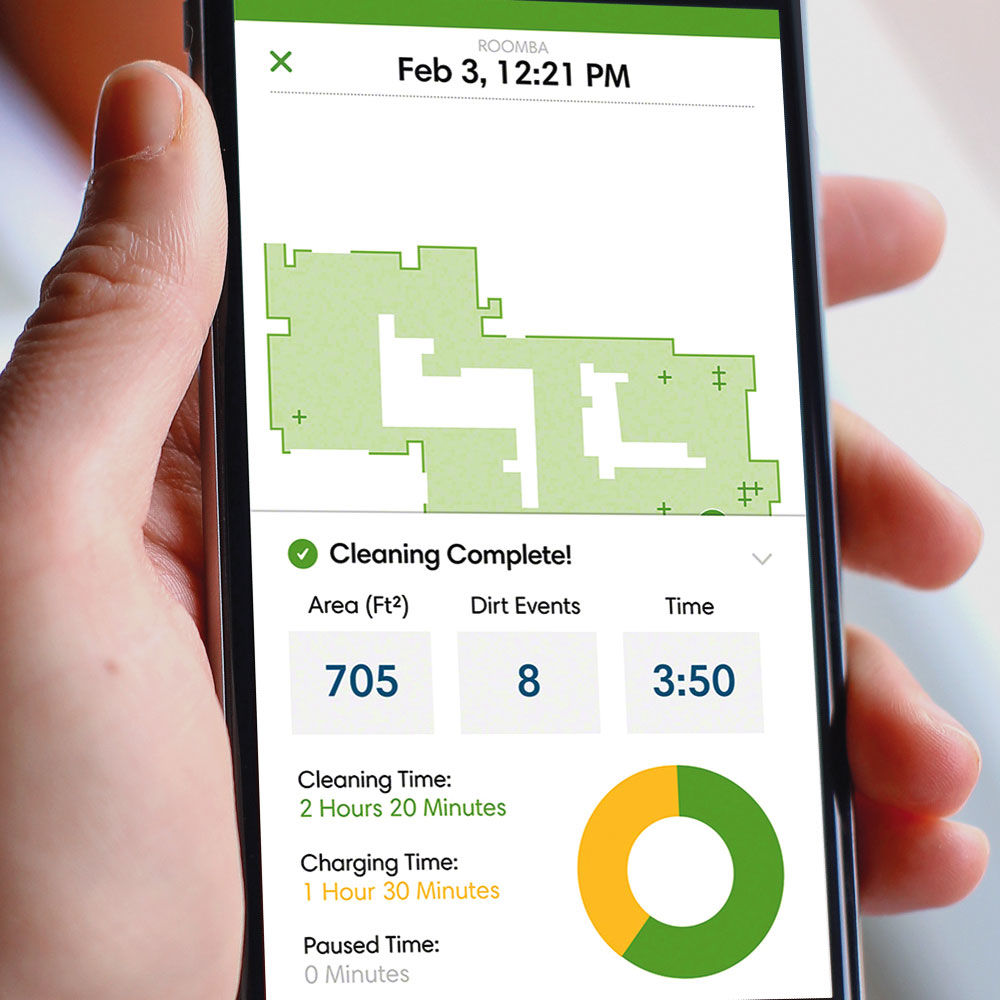 Typically, robots use Wi-Fi to connect with their smartphone apps.

An entry-level vacuum costs less than $300 and typically has the following features:

Medium-priced vacuums cost between $300 and $400 and typically have the following better features in comparison with entry-level models:

Top of the range robots cost more than $400 and have the most advanced features:

Some pros of a robotic vacuum

The idea of having robots do all our chores is both exciting and difficult to achieve. For years, we have been fed this fantasy of having robots running around the house doing things for us in science fiction films. Finally, we have an actualization of these dreams in the form of robotic vacuums. These vacuum cleaners will clean your hard floors and carpets, storing the dirt inside them in a bin that can be emptied later. Most of these robots will even “tell” you when they are finished cleaning and head back to their docking stations for recharging. They may not be able cook for you and tutor your children, but it’s a start!